Christopher Sorrentino is the author of six books, including Trance, a National Book Award finalist, and The Fugitives. His work has appeared in Esquire, Harper’s Magazine, The New York Times, The Paris Review, Playboy, and many other publications. He has taught at Columbia University, New York University, The New School, and Fairleigh Dickinson University. He lives with his family in New York City. 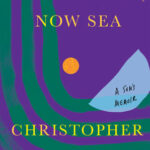 A NEW YORK TIMES NOTABLE BOOK OF THE YEAR

A wrenching debut memoir of familial grief by a National Book Award finalist—and a defining account of what it means to love and lose a difficult parent, for readers of Joan Didion and Dani Shapiro.

When Christopher Sorrentino's mother died in 2017, it marked the end of a journey that had begun eighty years earlier in the South Bronx. Victoria's life took her to the heart of New York's vibrant mid-century downtown artistic scene, to the sedate campus of Stanford, and finally back to Brooklyn—a journey witnessed by a son who watched, helpless, as she grew more and more isolated, distancing herself from everyone and everything she'd ever loved.

In examining the mystery of his mother's life, from her dysfunctional marriage to his heedless father, the writer Gilbert Sorrentino, to her ultimate withdrawal from the world, Christopher excavates his own memories and family folklore in an effort to discover her dreams, understand her disappointments, and peel back the ways in which she seemed forever trapped between two identities: the Puerto Rican girl identified on her birth certificate as Black, and the white woman she had seemingly decided to become. Meanwhile Christopher experiences his own transformation, emerging from under his father's shadow and his mother's thumb to establish his identity as a writer and individual—one who would soon make his own missteps and mistakes.

Unfolding against the captivating backdrop of a vanished New York, a city of cheap bohemian enclaves and a thriving avant-garde—a dangerous, decaying, but liberated and potentially liberating place—Now Beacon, Now Sea is a matchless portrait of the beautiful, painful messiness of life, and the transformative power of even conflicted grief.

"Acute, intimate and exceedingly fair, Sorrentino’s memoir is a post-mortem that examines not the causes of his parents’ deaths but the endurance and effects of their confounding marriage . . . This is the story of a son who is trying to dissect and understand the love that remains—and sometimes emerges—after death. We may have a greater cultural appetite for eulogies, but an autopsy, in looking directly at the cold corpse of a family in all its gruesomeness and mystery, can be just as profound, and in the hands of a writer as restrained and humane as Sorrentino, just as beautiful." —Eleanor Henderson, The New York Times Book Review