CYNAN JONES was born in 1975 near Aberaeron, Wales where he now lives and works. He is the author of five short novels, The Long Dry, Everything I Found on the Beach, Bird, Blood, Snow, The Dig, and Cove. He has won a Society of Authors Betty Trask Award, a Jerwood Fiction Uncovered Prize, the Wales Book of the Year Fiction Prize, and the BBC National Short Story Award. His short fiction has been widely published in anthologies and publications including Granta and The New Yorker. 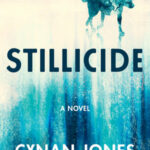 A powerful climate crisis story about love and loss that offers a glimpse of a tangible future in which water is commodified and vulnerable to sabotage that is "close to perfect," "imaginative and far reaching," and "very human and deadly serious" (The Guardian). 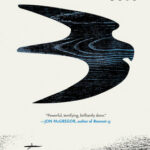 “To read Cove is to take a masterclass in taking out everything but the essentials. This is writing stripped back to the bone, and storytelling that gets under the skin. Powerful, terrifying, brilliantly done.”—Jon McGregor, author of Reservoir 13

Out at sea, in a sudden storm, a man is struck by lightning. When he wakes, injured and adrift on a kayak, his memory of who he is and how he came to be here is all but shattered. He will need to rely on his instincts, resilience, and imagination to get safely back to the woman he dimly senses is waiting for his return. This is an extraordinary, visceral portrait of a man locked in a struggle with the forces of nature.