Marina Benjamin is the author of two previous memoirs, Rocket Dreams, short–listed for the Eugene Emme Award, and Last Days in Babylon, long–listed for the Wingate Prize. She lives in London and is currently a senior editor at the digital magazine Aeon. 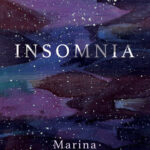 “An insomniac’s ideal sleep aid—and that’s a compliment. With her collage of ruminations about sleeplessness, [Benjamin] promises no real cure . . . Her slim book is what the doctor ordered.”—The Atlantic

Insomnia is on the rise. Villainous and unforgiving, it’s the enemy o f energy and focus, the thief of our repose. But can insomnia be an ally, too, a validator of the present moment, of edginess and creativity? Marina Benjamin takes on her personal experience of the condition—her struggles with it, her insomniac highs, and her dawning awareness that states of sleeplessness grant us valuable insights into the workings of our unconscious minds. Although insomnia is rarely entirely welcome, Benjamin treats it less as an affliction than as an encounter that she engages with and plumbs. She adds new dimensions to both our understanding of sleep (and going without it) and of night, and how we perceive darkness.

Along the way, Insomnia trips through illuminating material from literature, art, philosophy, psychology, pop culture, and more. Benjamin pays particular attention to the relationship between women and sleep—Penelope up all night, unraveling her day’s weaving for Odysseus; the Pre–Raphaelite artists’ depictions of deeply sleeping women; and the worries that keep contemporary females awake. Insomnia is an intense, lyrical, witty, and humane exploration of a state we too often consider only superficially. “This is the song of insomnia, and I shall sing it,” Marina Benjamin declares. 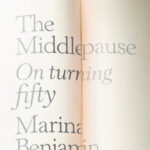 On Life After Youth

"In The Middlepause Benjamin deftly and brilliantly examines the losses and unexpected gains she experienced in menopause. Menopause is a mind and body shift as monumental and universal as puberty, yet far less often discussed, especially in public, which is what makes Benjamin's work here so urgently necessary." —Kate Tuttle, The Los Angeles Times

The Middlepause offers a vision of contentment in middle age, without sentiment or delusion. Marina Benjamin weighs the losses and opportunities of our middle years, taking inspiration from literature, science, philosophy, and her own experience. Spurred by her surgical propulsion into a sudden menopause, she finds ways to move forward while maintaining clear–eyed acknowledgment of the challenges of aging. Attending to complicated elderly parents and a teenaged daughter, experiencing bereavement, her own health woes, and a fresh impetus to give, Benjamin emerges into a new definition of herself as daughter, mother, citizen, and woman.

Among The Middlepause's many wise observations about no longer being young: ""I am discovering that I care less about what other people think."" ""My needs are leaner and my storehouse fuller."" ""It is not possible to fully appreciate what it means to age without attending to what the body knows. . . . I have always had a knee–jerk distaste for the idea that age is all in the mind."" ""You need a cohort of peers to go through the aging process with you. A cackle of crones! A cavalry!"" Marina Benjamin's memoir will serve as a comfort, a companion to women going through the too–seldom–spoken of physical and mental changes in middle age and beyond.