Molly Lynch grew up on the west coast of Canada and lived in Ireland as a teenager. She worked in Dublin, Cork, Manchester and Malaga before moving to Montreal to study literature. She’s spent time in Syria, Lebanon and Turkey and moved to Baltimore where she earned an MFA from the Johns Hopkins Writing Seminars. She now teaches creative writing at the University of Michigan. 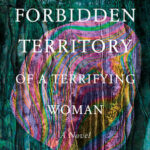 The Forbidden Territory of a Terrifying Woman

Fates and Furies meets Melancholia in this ominous and absorbing debut novel about marriage and motherhood in a time of ecological collapse, as mothers around the world begin to mysteriously vanish from their homes

Ada—a woman from Montreal living reluctantly in Michigan—vanishes from her bed one night while her husband Danny is asleep beside her, her young son, Gilles, in the next room. Desperate to locate Ada before Gilles understands what has happened, Danny begins a search. But the feds are already involved: across the country and around the world, mothers are vanishing from their homes.

Where did Ada go? What has she gone through? And how does the mystery relate to the forest that she seemed magnetically drawn to?

Confronting the role of motherhood and the meaning of home in the wreckage of capitalism and climate change, The Forbidden Territory of a Terrifying Woman is that rare, dazzling debut that is both thrilling and profound. It is a mystery, a play on myths of metamorphosis, and above all, a story of love—between husband and wife, mother and child—deeply troubled by the future we face.