NICOLE CHUNG is the author of All You Can Ever Know: A Memoir, a contributing writer at The Atlantic, and the former editor-in-chief of Catapult magazine. 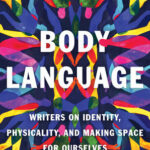 Writers on Identity, Physicality, and Making Space for Ourselves

A kaleidoscopic anthology of essays published by Catapult magazine about the stories our bodies tell, and how we move within—and against—expectations of race, gender, health, and ability

Bodies are serious, irreverent, sexy, fragile, strong, political, and inseparable from our experiences and identities as human beings. Pushing the dialogue and confronting monolithic myths, this collection of essays tackles topics like weight, disability, desire, fertility, illness, and the embodied experience of race in deep, challenging ways.

Selected from the archives of Catapult magazine, the essays in Body Language affirm and challenge the personal and political conversations around human bodies from the perspectives of thirty writers diverse in race, age, gender, size, sexuality, health, ability, geography, and class—a brilliant group probing and speaking their own truths about their bodies and identities, refusing to submit to others’ expectations about how their bodies should look, function, and behave.

Covering a wide range of experiences—from art modeling as a Black woman to nostalgia for a brutalizing high school sport, from the frightening upheaval of cancer diagnoses to the small beauties of funeral sex—this collection is intelligent, sensitive, and unflinchingly candid. Through the power of personal narratives, as told by writers at all stages of their careers, Body Language reflects the many ways in which we understand and inhabit our bodies. 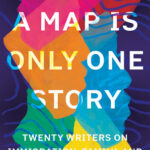 A Map Is Only One Story

Twenty Writers on Immigration, Family, and the Meaning of Home

From rediscovering an ancestral village in China to experiencing the realities of American life as a Nigerian, the search for belonging crosses borders and generations.

Selected from the archives of Catapult magazine, the essays in A Map Is Only One Story highlight the human side of immigration policies and polarized rhetoric, as twenty writers share provocative personal stories of existing between languages and cultures.

Victoria Blanco relates how those with family in both El Paso and Ciudad Juárez experience life on the border. Nina Li Coomes recalls the heroines of Japanese animator Hayao Miyazaki and what they taught her about her bicultural identity. Nur Nasreen Ibrahim details her grandfather’s crossing of the India-Pakistan border sixty years after Partition. Krystal A. Sital writes of how undocumented status in the United States can impact love and relationships. Porochista Khakpour describes the challenges in writing (and rewriting) Iranian America. Through the power of personal narratives, as told by both emerging and established writers, A Map Is Only One Story offers a new definition of home in the twenty-first century. 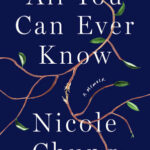 All You Can Ever Know

This beloved memoir "is an extraordinary, honest, nuanced and compassionate look at adoption, race in America and families in general" (Jasmine Guillory, Code Switch, NPR)

What does it means to lose your roots—within your culture, within your family—and what happens when you find them?

With warmth, candor, and startling insight, Nicole Chung tells of her search for the people who gave her up, which coincided with the birth of her own child. All You Can Ever Know is a profound, moving chronicle of surprising connections and the repercussions of unearthing painful family secrets—vital reading for anyone who has ever struggled to figure out where they belong.