Olivia Wenzel was born in Weimar, Germany, and now lives in Berlin. Her dramatic works have been staged in Munich, Hamburg, and Berlin. Wenzel also works as a musician and a performer. In 2022, she will lead a series of multidisciplinary workshops for young adults of color at the Haus der Kulturen der Welt in Berlin.

Priscilla Layne is Associate Professor of German and Adjunct Associate Professor of African, African American and Diaspora Studies at the University of North Carolina at Chapel Hill. She received her PhD from the University of California at Berkeley. Her research and teaching draws on postcolonial studies, gender studies, and critical race theory to address topics like representations of Blackness in literature and film, rebellion, and the concept of the Other in science fiction/fantasy. In addition to her work on representations of Blackness in German culture, she has also published essays on Turkish German culture, translation, punk, and film. She is the author of White Rebels in Black: German Appropriation of African American Culture, and her current book project is on Afro-German Afrofuturism. 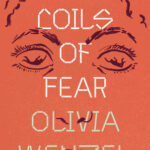 A multilayered and rhythmic debut novel about her life as a Black German woman living in Berlin and New York during the chaos of the 2016 U.S. presidential election from playwright Olivia Wenzel.

She and her boyfriend are hanging out by a lake outside Berlin—and four neo-Nazis show up.

In New York, she is having sex with a stranger on the night of the 2016 presidential election—and wakes up to panicked texts from her friends in Germany about Donald Trump’s unlikely victory.

Engaging in a witty Q&A with herself—or is it her alter ego?—she takes stock of our rapidly changing times, sometimes angry, sometimes amused, sometimes afraid, and always passionate. And she tells the story of her family: Her mother, a punk in former East Germany who never had the freedom she dreamed of. Her Angolan father, who returned to his home country before she was born to start a second family. Her grandmother, whose life of obedience to party principles brought her prosperity and security but not happiness. And her twin brother, who took his own life at the age of nineteen.

Heart-rending, opinionated, and wry, Olivia Wenzel’s remarkable debut novel is a clear-sighted and polyphonic investigation into origins and belonging, the roles society wants to force us into and why we need to resist them, and the freedoms and fears that being the odd one out brings.