Sindya Bhanoo’s fiction has appeared in Granta, New England Review, Glimmer Train, and elsewhere. She is the recipient of an O. Henry Award, the Disquiet Literary Prize and scholarships from the Bread Loaf and Sewanee writers conferences. A longtime newspaper reporter, she has worked for The New York Times and The Washington Post. She is a graduate of the Michener Center for Writers, UC Berkeley’s Graduate School of Journalism and Carnegie Mellon University. She lives in Austin, TX. 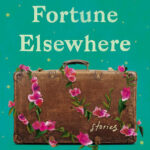 These intimate stories of South Indian immigrants and the families they left behind center women’s lives and ask how women both claim and surrender power—a stunning debut collection from an O. Henry Prize winner

Traveling from Pittsburgh to Eastern Washington to Tamil Nadu, these stories about dislocation and dissonance see immigrants and their families confront the costs of leaving and staying, identifying sublime symmetries in lives growing apart.