Virginia Zaharieva was born in Sofia in 1959. She is a writer, psychotherapist, feminist, and mother. Her novel Nine Rabbits is among the most celebrated Bulgarian books to appear over the past two decades and the first of Zaharieva’s work made available in North America.

Angela Rodel earned a BA from Yale University and a MA from UCLA, both in linguistics. She won a Fulbright fellowship to study Bulgarian at Sofia University in 1996 and returned to Bulgaria on a Fulbright–Hays Fellowship in 2004 where she still resides and works as a literary translator of note. Rodel won a PEN Translation Fund Grant from the American PEN Foundation for Holy Light, a collection of stories by Georgi Tenev—the first time a Bulgarian work has received this award. Her translations of Milen Rouskov’s novel Thrown into Nature, Zachary Karabashliev’s 18% Gray, and Angel Igov’s A Short Tale of Shame are published by Open Letter Books. 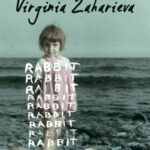 “Zaharieva packs several genres into one, including but not limited to pastoral idyll, sexual coming–of–age story, and feminist memoir. Ultimately, she presents life in all its messiness and possibility, vivid enough for the reader to almost taste.”—Publishers Weekly

"This is powerful, controlled writing.”—Rain Taxi

I turned up in the seaside town of Nesebar—an inconvenient four–year–old grandchild, just as my grandmother was raising the last two of her six children, putting the finishing touches on the house, ordering the workmen around and doing some of the construction work herself—thank God for that, because at least it used up some of her monstrous energy. Otherwise who knows what would've become of me.

In Bulgaria during the height of communism in the 1960s, six–year–old Manda survives her cruel grandmother and rural poverty by finding sheer delight in the world—plump vegetables, garden gnomes, and darkened attic corners. The young Manda endures severe beatings, seemingly indestructible. But as a middle–aged artist in newly democratic Bulgaria, she desperately tries to feed her damaged soul with intrepid creativity and humor.