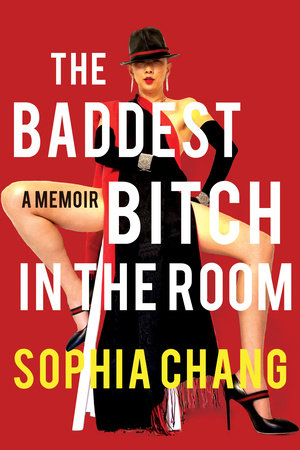 The Baddest Bitch in the Room

The first Asian woman in hip-hop, Sophia Chang shares the inspiring story of her career in the music business, working with such acts as The Wu-Tang Clan and A Tribe Called Quest, her path to becoming an entrepreneur, and her candid accounts of marriage, motherhood, aging, desire, marginalization, and martial arts.

Sophia Chang is a Korean-Canadian music business matriarchitect who was the first Asian woman in hip-hop. She worked with Paul Simon and managed Ol’ Dirty Bastard, RZA, GZA, Q-Tip, A Tribe Called Quest, Raphael Saadiq, and D'Angelo. In 1995, Chang left music to train kung fu and manage a Shaolin Monk who became her partner and father of two children. She also produced runway shows, worked at a digital agency, and is developing TV and film properties.

"From marginalization to motherhood to martial arts and more, Chang really is a bad bitch." —Karla Strand, Ms. Magazine

"A compelling and moving account of the (North) American dream." ––Susan Blumberg-Kason, Asian Review of Books

"A Tribe Called Quest, RZA, D’Angelo, Q-Tip: That’s just a partial list of the hip-hop and RB luminaries who have worked with Chang. Ever since she landed a job as the head of marketing for Atlantic Records only two years out of college, the author embodied the claim in her memoir’s title. Her no-bullshit style and professional determination come through clearly, whether she’s discussing her Asian heritage, delineating the countless obstacles she has faced as a woman of color in the music industry, or explaining why and how she became what Wu-Tang Clan member Method Man described as 'the group’s muse.'" —Eric Liebetrau, Kirkus Reviews and Rolling Stone

"A candid memoir . . . This impassioned memoir is filled with energy and will appeal to fans of early rap and the Wu-Tang Clan." —Publishers Weekly

"[Sophia]’s personally witnessed the ups and downs, the good and bad, the ins and outs, the accomplishments and failures, the growth and development. It’s important for Sophia to tell her story because her journey is a long and very interesting one, and it should be told. I am sure that the readers will be inspired, moved, and motivated by it, and I am proud and happy for her." —GZA

"Sophia Chang is a smart, kind, funny, badass trailblazer with a heart of fire. She's fully living her bold truth as a woman of color in today's world, and we all should be paying attention."—Ijeoma Oluo, author of the New York Times bestselling So You Want to Talk About Race

"Embodies all of the scrappy, unapologetic badassery one would expect from a pioneering female industry exec in a far-from-woman-friendly genre. Chang, however, pays her success forward with bold, honest, and prescriptive prose aimed squarely at the hearts of women determined to defy their invisibility and follow their own dreams. Get ready to put your middle fingers up and cast your pearls aside." —Dr. Joan Morgan, feminist scholar, cultural critic, and mother of hip-hop feminism

"Soph was an integral part of the golden era of hip-hop. I'm so happy she's telling her story because the world needs to know about her contributions to the culture." —Q-Tip

"Inspirational, aspirational, bold, and defiant: Sophia Chang is the definition of a powerhouse, and this book is both fierce and propulsive, impossible to put down—but for me the greatest joy of reading The Baddest Bitch in the Room was simply spending a little time with a woman so thoroughly herself, so completely and unapologetically her own." —Nicole Chung, author of All You Can Ever Know

"The diary of a superwoman. Sophia Chang is like a superhero who shows up to any adversity, whether hers or someone else’s, and gets through it tenaciously . . . I’ve actually witnessed this happen on several occasions but hearing her tell these stories in hindsight is incredibly motivating and uplifting." ––Joey Bada$$ The Artist. The multi-faceted.
Don't miss news & events from Catapult. Subscribe to the newsletter today.