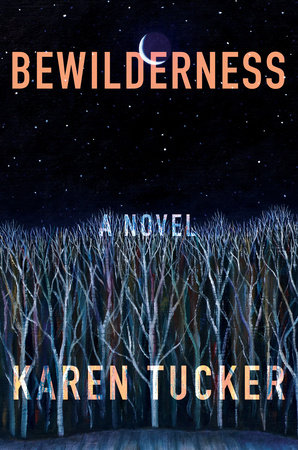 Set in rural, poverty-stricken North Carolina, this “beautiful, gritty, and piercing” novel follows two young women—best friends—as they “journey through the highs and lows of friendship, love, and addiction,” perfect for readers of Julie Buntin’s Marlena (Erika Carter, author of Lucky You).

Irene, a lonely nineteen-year-old in rural North Carolina, works long nights at the local pool hall, serving pitchers and dodging drunks. One evening, her hilarious, magnetic coworker Luce invites her on a joy ride through the mountains to take revenge on a particularly creepy customer. Their adventure not only spells the beginning of a dazzling friendship, it seduces both girls into the mysterious world of pills and the endless hustles needed to fund the next high.

Together, Irene and Luce run nickel-tossing scams at the county fair and trick dealers into trading legit pharms for birth-control pills. Everything is wild and wonderful until Luce finds a boyfriend who wants to help her get clean. Soon the two of them decide to move away and start a new, sober life in Florida—leaving Irene behind.

Told in a riveting dialogue between the girls’ addicted past and their hopes for a better future, Bewilderness is not just a brilliant, funny, heartbreaking novel about opioid abuse, it’s also a moving look at how intense, intimate friendships can shape every young woman’s life.

Karen Tucker was born and raised in North Carolina. Her fiction has appeared in The Missouri Review, The Yale Review Online, Tin House, Boulevard, Epoch, and elsewhere. She lives in the Blue Ridge Mountains with her partner and multiple cats.

"The kind of book that crawls under your skin and lodges there, Karen Tucker's Bewilderness offers an intimate, riveting portrait of two close friends whose hopes for their lives get derailed because of their addictions, and who struggle to figure out if having any future at all is something either of them will get to have . . . Tucker has written a powerfully intimate, heartbreaking portrait of this country's opioid epidemic, making clear the many ways that this isn't a problem happening to other people—it's happening to all of us, and it's imperative we deal with it together." —Kristin Iversen, Refinery29

"North Carolina writer Karen Tucker’s Bewilderness is a unicorn of a novel. It has a plot like a roaring freight train and every sentence is a well-polished gem. It’s about two best friends who are caught in the vicious cycle of addiction, and it’s dark and wild. But it’s really a story about friendship. I rarely believe those fatuous blurbs that begin 'I couldn’t put it down.' But I couldn’t." —Daniel Wallace, Garden & Gun

"Tucker conjures Irene through tone, pitch and diction more than through ongoing self-revelation. Irene doesn’t grow in the wake of precarity—except in her ability to organize her memories into a sound that is authentic to herself. Tucker isn’t interested in providing a model for those desiring to go clean, but rather the troubled clarity of someone who has done so. This spirited telling emerges by way of Tucker’s fine ear for expression stained by adversity and leavened by a comic vibe in a minor key." —Ron Slate, On the Seawall

"Bewilderness vividly captures the opioid epidemic that has exploded across the nation since the early 2000s, and it especially devastates in its hopeless-seeming outset: there’s the promise that something worse will happen, that the drugs will, indeed, win. Tucker’s ruthlessness, however, reinforces the humanity of people with substance use disorder and demonstrates how wrong blaming individuals for their illness is. In the end, blame will not save you from a broken heart." —Sarah Apple Pine, Ploughshares

"Bewilderness’s stark prose runs at an even keel—an almost startling lack of sentimentality that nonetheless finds sweetness in unlikely places and reveals pain in far too many others." —Richa Kaul Padte, Hazlitt

"Fans of Julie Buntin’s Marlena should take note of this debut from Karen Tucker, an immersive and raw examination of America’s opioid crisis told through the eyes of two teenage girls in rural North Carolina. As seductive and heartbreaking as such intense friendships can be, Bewilderness' diptych structure hurls the reader between past and present, demonstrating with remarkable clarity how the pull of an addictive past can disrupt and complicate the present." —Chicago Review of Books

"Raw, powerful, and unflinching, the novel immerses readers in the minute-by-minute mindset of addiction. Tucker skillfully flips between past and present, swapping the language of sobriety for the slang of active addiction to give readers a full picture of the pair’s mental state. A natural fit for fans of Julie Buntin’s Marlena, Tucker’s novel champions the strength it takes to stay clean when every other decision is so much simpler." —Booklist (starred review)

"This debut novel is filled with sharp, vivid descriptions of back roads and seedy meet-ups, which contrast with Irene’s dedication to Luce and her fervent belief in the future that might be possible if only the two of them can avoid thinking about Wilky's death and whether his fate, chosen or not, might also become their own. Absorbing and unflinching." —Kirkus Reviews

"Tucker astonishes in her devastating debut, a harrowing account of addiction, friendship, and loss . . . Tucker does a wonderful job locating Irene’s and Luce’s desire to live a better life beneath their tough exteriors . . . This keen awareness consistently adds depth and devastation. No matter the characters’ genuine longing to change, they are bound to their cyclical, unrelenting patterns. This is a stunning accomplishment." —Publishers Weekly

"Karen Tucker puts a human face on this ongoing public health catastrophe, as she tells the story of Irene and Luce, pill-addicts and best friends. More than merely evoking the desperation of opioid abuse, Bewilderness provides a funny and touching story of female friendship." ––The Millions, One of the Most Anticipated Books of the Year

"Beautiful, gritty, and piercing, Bewilderness is a whirlwind journey through the highs and lows of friendship, love, and addiction. Luce and Irene are young, vulnerable, and utterly human, and you will root for them on every page despite their betrayals and failures. Karen Tucker fearlessly confronts the hardest question of all--why?-- contrasting our brief and shining moments on this earth with the murky and inexplicable border between the here and hereafter. Bewilderness is a tough and tender heartbreak of a read." --Erika Carter, author of Lucky You

"Karen Tucker's debut novel Bewilderness captures the relentless tug of addiction--to a person, to a substance, to a feeling--with wrenching honesty and insight. This fierce, heartbreaking story of female friendship and loss--narrated by the wise, sharply funny Irene--had me riveted from the first page. Read it, read it, read it."--Julie Buntin, author of Marlena
Don't miss news & events from Catapult. Subscribe to the newsletter today.