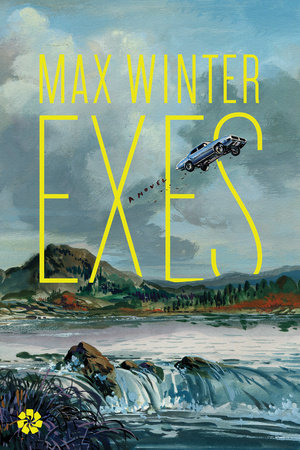 [A] heartbreaking novel about the devastations of severed attachments.” —NPR

For Clay Blackall, a lifelong resident of Providence, Rhode Island, the place has become an obsession. Here live the only people who can explain what happened to his brother, Eli, whose suicide haunts this heartbreaking, hilarious novel–in–fragments.

A failed actor impersonates a former movie star; an ex–con looks after a summer home perched atop a rock in the bay; a broken–hearted salutatorian airs thirteen years’ worth of dirty laundry at his school’s commencement; an adjunct struggles to make room for her homeless and self–absorbed mother while revisiting a scandalous high school love affair; a recent widower, with the help of a clever teen, schemes to rid his condo’s pond of Canada geese. Clay compiles their stories, invasively providing context in the form of notes that lead always, somehow, back to Eli. Behind Clay’s possibly insane, definitely doomed, and increasingly suspect task burns his desire to understand his brother’s death, and the city that has defined and ruined them both.

Full of brainy detours and irreverent asides, Exes is a powerful investigation of grief, love, and our deeply held yet ever–changing notions of home.

Max Winter is a graduate of UC Irvine’s MFA program, and a recipient of two Rhode Island State Council on the Arts Fellowships in Fiction. He has been published in Day One and Diner Journal. He lives in Providence, Rhode Island, with his wife and son.

"Powerful. . . . Exes, among other things, is an amazing feat of plotting and engineering, an elaborate puzzle of a book that brings to mind Alan Ayckbourn's Norman Conquests for the intricacy of its carefully calibrated interlocking connections. . . . [A] heartbreaking novel about the devastations of severed attachments." —NPR

"The immersive and accomplished debut novel by Winter is haunted as much by the city of Providence, R.I., as it is by the suicide of Eli, brother of Clay Blackall, one of several narrators in this novel in fragments who each provide insight into why Eli might have ended his life. Providence serves as the backdrop for Clay’s doomed search for answers, and the novel is peppered with local lore that subtly intersects Clay and Eli’s family history. Both an appreciation and evisceration of Providence and its residents, the novel straddles the line between humor and tragedy in each of its disparate parts.... brilliantly unique and incisive." —Publishers Weekly

"There is so much blunt beauty in Max Winter’s Exes, so much confidence in the prose and the pacing, that it is easy to miss the bomb he slips into each story until it detonates, taking with it any careful distance you’ve tried to maintain." —Mira Jacob, author of The Sleepwalker’s Guide to Dancing

"This novel is a hot–heeled tango dance of desperation and humor, fight and grace.  Max Winter is a heart–stopper and a showstopper of a writer.  Stop everything and read Exes."  —Ramona Ausubel, author of Sons and Daughters of Ease and Plenty and A Guide to Being Born

"I got a parking ticket, missed a dentist appointment, burned my oatmeal and lost count of the times my coffee went cold––such is the spell of Max Winter’s wildly inventive, flat–out fearless debut EXES and its cast of big–hearted fuckups in 1990s Providence, Rhode Island, whose doggedness is matched only by their inability to learn from failure and their powerlessness to change the fact that the game is rigged. Ferocious, gritty, hilarious, and near–impossible to put down, EXES will make you laugh and break your heart at the same time."  —Matt Sumell, Making Nice

"Americans are puerile—all you think about is fucking and yet have just one word for it." America, language, puerility, these are at the heart of Max Winter’s Exes, its cast of young Americans and their teachers, and the "teachings" of their callow culture. Fast Times At Ridgemont High indeed. Where are they now? These characters bivouac in abandoned malls and dormant factories, live "on the wrong side of hope." They aren’t "much older than babysitters, but every bit as between things." These are lives lived as though asterisks at the bottom of a page, except they are the page in Winter’s ingenious literary construct. The bounty here is the compound eye these characters create from what they perceive and call for the bullshit it is. They live amid the detritus, and our reward as readers is hypocrisy detected and undone, a gun held to the head of America, "there to shoot her every minute of her life."  —Michelle Latiolais, Even Now, Widow, She
Don't miss news & events from Catapult. Subscribe to the newsletter today.