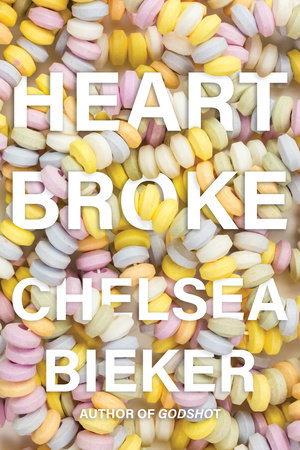 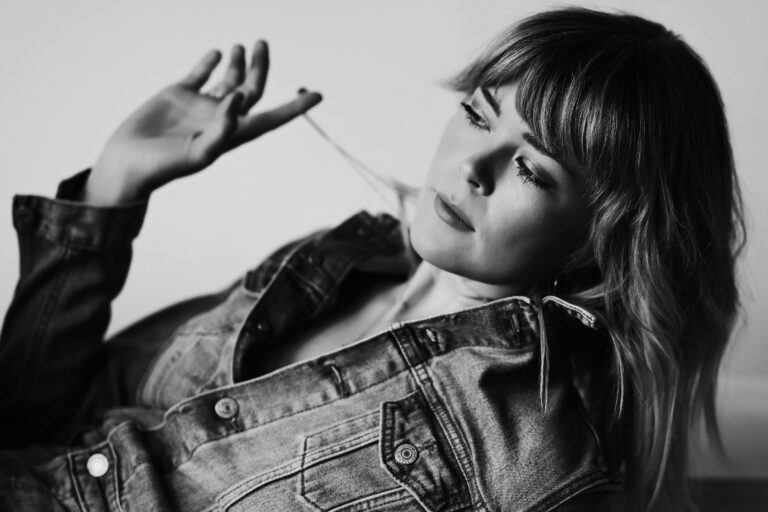 Chelsea Bieker is the author of the novel Godshot, which was a finalist for both the Oregon and California Book Awards, long-listed for the Center for Fiction First Novel Prize, named an NPR Best Book of the Year, and a Barnes & Noble Fiction Pick. Her writing has appeared in The Paris Review, Granta, The Cut, McSweeney’s, Literary Hub, Electric Literature, and other publications. She is the recipient of a Rona Jaffe Foundation Writers’ Award and a MacDowell Fellowship. Originally from California’s Central Valley, she now lives in Portland, Oregon, with her husband and two children.

In conversation with Kimberly King Parsons

"A bold, uncanny ode to California’s Central Valley . . . Bieker offers an unsentimental view of the hardscrabble lives of the white working class in a less romanticized region of California . . . In 'Raisin Man,' a father tells his son, 'God came down and ran His mighty hand on the land, blessed this place.' The boy retorts: 'My ma says it’s the deepest hole in hell.' Bieker’s lucid, compassionate prose makes room for both visions, and more." —Jean Chen Ho, The New York Times Book Review

"This is the reality all across Heartbroke — there is no one coming to rescue these characters, no redemption to be had under the harsh sun. While Bieker might not mend their broken hearts, she honors their pain and their undying longings, and will leave you aching for them." —Kristen Martin, NPR Books

“Heartbroke falls within this tradition of writers fixing their lenses on the underbelly of small-town and rural America, examining the dark things that happen there before they entrap you into empathizing with people you might never meet in life—or want to . . . Heartbroke isn’t the stuff of bedtime stories, but it is embroidered with the stuff of American myth . . . At particular moments, Bieker’s vignettes have the quality of a postcard sent by a Quentin Tarantino character, if that character grew up in Del Rey reading Flannery O’Connor and Annie Proulx . . . Heartbroke is not quite our world, but it is very much of our world. It’s a place where the myth of the West is inseparable from the deflation of the American dream—a water-thirsty landscape in which we are all left to pull ourselves up by the straps of our turquoise boots and continue on as gracefully as we can.” —Leslie Parisea, Los Angeles Times

“No one brings California’s Central Valley to life quite like Chelsea Bieker. Like a landscape painter, Bieker captures the region and its many characters in all of their heart and heartbreak, big dreams and utter desperation. With understated but lively prose, she shows there is a ray of light in even the bleakest of moments and for the craziest of players.” —Allison McNearney, The Daily Beast

“The sun-baked raisin farms, tiny churches, and shimmering highways seem to glint under the influence of Bieker’s astute prose, but it's the characters themselves—often men and women in crisis, their children tossed inadvertently into the fallout—who confound and allure . . . These are not happy fables; they are grim and hellish and heavy, but that doesn’t mean they’re without beauty. Bieker writes to make sense of her characters’ worst inclinations, to conjure empathy even for unforgivable choices. That’s no easy task for an author to attempt, especially one who is pouring snapshots of her own history onto the page. But Bieker pulls it off . . . Somehow, in all its depravity, her Central Valley hums with life.” —Lauren Puckett, Elle

“Heartbroke is an emotionally and intellectually moving short-story collection that balances darkness with humor and touches on the humanity of deeply flawed people.” —Sarah Neilson, Shondaland

“The stories are, as the title implies, heartbreaking, but Bieker’s compassion for her characters will keep your eyes glued to the page.” —Sarah Stiefvater, PureWow

“The characters that populate Chelsea Bieker’s scorching new story collection, Heartbroke (Catapult), live on the margins of society. Willful, unruly, and at times naïve to a fault, they are a motley cast of wayward dreamers fumbling determinedly toward their wants despite the shackles of addiction, poverty, abandonment, and generational trauma. The forces that unite them are desire and resilience; an unwavering belief in a better life ahead . . . As in Godshot, Bieker’s drought-ridden Central Valley becomes more than a backdrop against which her characters seethe and yearn; it functions as a character in and of itself. Bieker’s ear for voice is unparalleled—the stories in Heartbroke are told in their own spellbinding dialect—but perhaps her greatest gift is the ability to render extreme situations with a deep compassion that never verges on sentimentality.” —Annabel Graham, BOMB

“Heartbroke is a multilayered and oft-surprising take on a forgotten place in California. It serves to take a light away from Hollywood and bigger cities and shine it instead on everyday folk, their traumas large and small.” —Malavika Praseed, Chicago Review of Books

"Set against the backdrop of sunny California, in these stories, you will encounter: teenagers flirting with danger, an entrepreneurial mother–son duo, a phone sex operator, a very sad kidnapper. Chelsea Bieker is back, baby!" —Katie Yee, Lit Hub, One of the Most Anticipated Books of the Year

"This book is all lyrical heartbreak, each story like pressing your thumb into a bruise you didn’t even know you had. Bieker perfectly captures the soft, painful core of what it means to be human: the desire for connection and a sense of self, the sharp sting of being let down by love, and the lies we tell ourselves when it hurts too much to see the truth." —Katie Robinson, Electric Literature

“Bieker flexes a gift for the short form in her searing first collection. Each story draws readers in, moving them to love Bieker's crusty characters before ending just in time to satisfy . . . The volume is turned way up on the corruption of these characters' relationships and the severity of their missteps; such big, loud behavior creates ample space to observe their pulsing humanity. Readers will get lost in this riot of a collection, like a sun-bleached fever dream.” —Booklist (starred review)

"There is a Coen brothers–esque dark zaniness to their plots, which are full of hapless criminals and bumbling lovers, all filtered through lovely prose . . . In nearly all the stories, the mother-child relationship is the beating heart, a heart that is shot through with the poison of poverty, substance abuse, and disenfranchisement. But that Bieker finds such humor and poetry in that heart is a testament to both her skill and her tender affection for her wayward characters. Larger than life and darker than hell." —Kirkus Reviews (starred review)

"Heartbroke made me feel as though I were watching a great dancer who has gone really deep into the music, all vitality and grace and a sense of dazzling risk. Chelsea Bieker is an absolutely crackling talent." —Lauren Groff, author of Matrix

"Chelsea Bieker shies from nothing in these raucous, ecstatic stories, rendering the best and worst of us all in tales as devastating as they are side splittingly funny. Suspenseful as hell, thrumming with heat and humanity, Bieker brings her signature acoustical grace and pyrotechnic prose to this unforgettable landscape. Every page flickers with desire. For fans of Larry McMurtry’s wild west and Mary Gaitskill’s prickled darkness, Heartbroke is a place all its own, the white-hot in between." —T Kira Madden, author of Long Live the Tribe of Fatherless Girls

"Wild and weird and rangy, Heartbroke deals in the aftermath of broken hearts, what happens when people pick up the shattered pieces of their lives and keep living. Chelsea Bieker is a true conduit of her characters’ many voices and the many settings they find themselves in, taking us from a seaside shack on a toxic beach, to a crowded women’s shelter, to a sunbaked raisin farm in California’s central valley, and everywhere in between. And yet, the talent behind these stories is singular, confident and generational, a true force to be heralded. I binge read Heartbroke with one hand on my neck, the other on my heart, choked up and charmed and always awestruck at the souls Bieker channels, the worlds she conveys, the resilience she suggests belongs to us all, for the taking." —Allie Rowbottom, author of Jell-O Girls
Don't miss news & events from Catapult. Subscribe to the newsletter today.