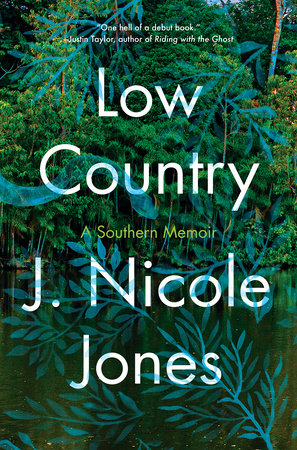 “From horse thieves to hurricanes, from shattered Southern myths to fractured family ties, from Nashville to Myrtle Beach to Miami, Low Country is a lyrical, devastating, fiercely original memoir” of one family’s changing fortunes in the Low Country of South Carolina (Justin Taylor, author of Riding with the Ghost).

J. Nicole Jones is the only daughter of a prominent South Carolina family, a family that grew rich building the hotels and seafood restaurants that draw tourists to Myrtle Beach. But at home, she is surrounded by violence and capriciousness: a grandfather who beats his wife, a barman father who dreams of being a country music star. At one time, Jones’s parents can barely afford groceries; at another, her volatile grandfather presents her with a fur coat.

After a girlhood of extreme wealth and deep debt, of ghosts and folklore, of cruel men and unwanted spectacle, Jones finds herself face to face with an explosive possibility concerning her long-abused grandmother that she can neither speak nor shake. And through the lens of her own family’s catastrophes and triumphs, Jones pays homage to the landscapes and legends of her childhood home, a region haunted by its history: Eliza Pinckney cultivates indigo, Blackbeard ransacks the coast, and the Gray Man paces the beach, warning of Hurricane Hazel. 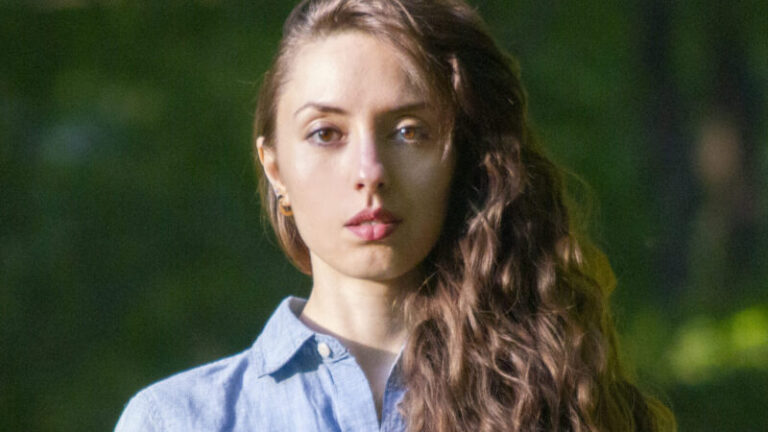 J. Nicole Jones received her MFA in Creative Nonfiction from Columbia University, and has since held editorial positions at VICE magazine and Vanity Fair. Her viral essay defending the art of memoir, "Why's Everyone So Down on the Memoir?" was published by the Los Angeles Review of Books and Salon, and her reviews and other writings have appeared in magazines including Harper's. She grew up in South Carolina, and now lives in Brooklyn and Tennessee.

"The daughter of a country music star explores her roots and even the topography of her native land in this coming-of-age story of a past she's not always proud of." —Zibby Owens, Good Morning America

"Like listening to a country music song written by Dostoyevsky (lots of crime, but the wrong folks getting punished), with Tom Robbins as his side man. And a little Tennessee Williams thrown in . . . Many a passage of this familial strife and personal coming-of-age chronicle fairly hums on the page, amplified by sharp observation, razor-edge emotion and a delicious turn of phrase . . . A triumph of style as of substance." —Bill Thompson, The Post and Courier

"J. Nicole Jones' devastating memoir examines the realities of living in a picture-perfect, privileged family where nothing is as it seems to the public eye." —K.W. Colyard, Bustle

"With the prose of a poet, Jones paints a vivid picture of an unorthodox life in an unconventional place." —Suzanne Van Atten, The Atlanta Journal-Constitution, A Most Anticipated Southern Book of the Year

"In a year where there have been countless standout memoirs, this one lingers due to how Jones presents her life . . . Low Country feels raw. In a good way. As beautiful as it is, it feels as if nothing was covered up with language. It’s all there, the beautiful and the ugly." —Adam Vitcavage, Debutiful

"A storyteller from a long line of Southern storytellers, Jones forgoes tidy narratives and traditional story arcs. Her childhood was way too chaotic for that . . . With childlike wonder, Jones pulls back the Spanish moss to reveal the swampy muck of her youth and blends it with tall tales, weather reports, history lessons, and family lore in captivating, lyrical prose that carries the reader along like a slow river water park ride on a lazy, sunny day." —Suzanne Van Atten, Los Angeles Review of Books

"Jones’ attention to language is what makes this memoir a stunning read . . . At times amusing and other times heartbreaking, her care with language shines through in every page . . . Jones provides a brilliant look into the cracks of a family, channeling the folktales and sayings from her ancestors, and bringing them to the page." —Anita Gill, Chicago Review of Books

"Gorgeous, ambling passages that veer from the beach to the bar, from crumbling edifices of lost wealth to secret rooms filled with dolls . . . A tangled memoir told as a tall tale and as true as lived experience . . . It is impossible not to lose yourself in the story of a young, whip-smart girl, who is trying to make sense of this world of men, a world where the best thing women can hope for is to return and haunt the territory." —Hilary Leichter, Literary Hub

"Lyrical . . . Jones crafts a gothic setting for a literary memoir, while maintaining an invitingly informal narrative voice . . . A haunting memoir with poetic prose that will appeal to a large audience, owing to its interesting subject and skillful writing." —Library Journal

"A Southern song of love and loss rendered in language both gossamer and precise, Low Country is what happens when one family's dreams, gossip and ghost stories meet the only writer capable of weaving them together. Harrowing, beautiful and bold, the music of this memoir lingers long beyond the last page." —Allie Rowbottom, author of JELL-O Girls
Don't miss news & events from Catapult. Subscribe to the newsletter today.