Karl Geary was born in Dublin, and moved to New York City at age sixteen. He cofounded two East Village institutions: the music venue Sin–é, and later the Scratcher. He has worked as a scriptwriter (Coney Island Baby) and an actor (Michael Almereyda’s Hamlet; Ken Loach’s Jimmy’s Hall), and has adapted and directed Dorothy Parker’s story “You Were Perfectly Fine” for the screen. He lives in Glasgow with his wife and daughter. 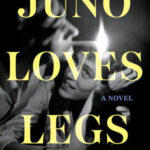 For fans of Shuggie Bain and A Little Life, Juno Loves Legs is the epic and heartbreaking story of a young friendship set in working-class Dublin in the 1980s

Juno Loves Legs is the story of two teens labeled as delinquents. Juno and "Legs" grow up on the same housing estate in Dublin, where spirited, intelligent Juno is ostracized for her poverty and Legs is persecuted for his sexuality; they find safety only in each other.

Set against the backdrop of Dublin in the 1980s, a place of political, social and religious change, the friends yearn for an unbound life and together they begin to fight to take up the space of who they truly are. As their defiance reverberates through their lives, the children are further alienated from their surrounding society through acts of bravery and cowardice, both their own and others’. Finding themselves as outsiders, they are feared, coveted and watched, but rarely truly seen.

Told through the eyes of Juno, we see the pair begin to navigate the political and oftentimes confusing adult world with honesty and intuition. A country emerging from a dark Catholicism into the wider world of possibilities. Who is invited into modernity and gentrification and who is left behind?

Caught between the rich depth of her intellect and the harsh reality of her life, we follow Juno as she begins to understand how divergent a life lived and a life thought can be.

Juno Loves Legs shows the frustration of feeling trapped in a life that is not yours and the ability of friendship to lift us out of our experiences and into a truer version of ourselves. It is a novel that reminds us that kindness, bravery, and love appear in places where they are not always expected and in forms not usually recognised, but with a potency that cannot be ignored. 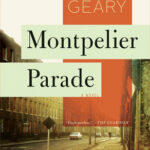 "[An] accomplished debut. . . . The novel is narrated entirely in the second person, a stylistic choice that produces moments of intense intimacy.—The New Yorker

"Geary enters the literary arena with a bang: this debut about an unconventional love affair between a teenage boy and an older woman is unassuming but gorgeously rendered."—Publishers Weekly,starred and boxed review

Montpelier Parade is just across town, but to Sonny it might as well be a different world. Working with his father in the garden of one of its handsome homes one Saturday, he sees a back door easing open and a beautiful woman coming down the path toward him. This is Vera, the sort of person who seems destined to remain forever out of his reach.

Hoping to cast off his loneliness and a restless sense of not belonging—at high school, in his part–time job at the butcher shop, and in the increasingly suffocating company of his own family—Sonny drifts into dreams of a different kind of life. A series of intoxicating encounters with Vera lead him to feel he has fallen in love for the first time, but why does her past seem as unknowable as her future?

Unfolding over a bright, rain–soaked Dublin spring, Montpelier Parade is a rich, devastating debut novel about desire, grief, ambition, art, and the choices we must make alone.