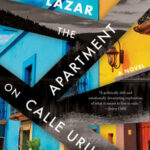 The Apartment on Calle Uruguay

A haunting new novel by the author of Vengeance in which a chance encounter between a blocked painter and a journalist leads to a complicated romance that reveals their buried histories and vulnerabilities against the backdrops of an America in chaos and Mexico.

Beginning in the first summer of the post-Obama world, Zachary Lazar's bewitching and masterful new novel tells the story of Christopher Bell, a blocked painter on the East End of Long Island, and Ana Ramirez, a journalist who fled the crisis in Venezuela and is looking for work in New York. Bell has always felt marked by his foreignness, having emigrated to the U.S. as a child, and has come to believe that "words like 'identity' and 'American' are somehow very meaningful and very meaningless at the same time.” He has retreated to a modest house near a patch of woods, “a rural nowhere…that sometimes held more meaning for me in its silence than human language.”

In the woods, he encounters Ana, who is trying to “reinvent herself as the kind of person she’d been before” the world she knew disappeared.  A complicated romance develops that gradually reveals their buried histories—from the death of Bell’s former partner, Malika Jordan, a fellow artist, to the prison farm where he visits Malika’s incarcerated brother Jesse, to Mexico City, where Ana’s exiled family now lives. All of them have faced the same problem: how to build a new life once the idea you've had of "home" vanishes or becomes unrecognizable.

The Apartment on Calle Uruguay is a haunting exploration of love, art, and the cost of transformation. It lays out a fiercely intentional and introspective way of living in an unjust world. 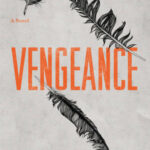 “Tense and evocative . . . Despite its powerful social critique, Vengeance is cautious and prismatic, openly troubled by its own claims to authority.” —Katy Waldman, The New Yorker

As someone who writes “fiction, nonfiction, sometimes a hybrid of both,” the narrator of Vengeance, a character much like Zachary Lazar himself, tries to accurately view a world he knows is “beyond the limits of my small understanding.” In particular, he is compelled to unravel the truth behind the supposed crime of an inmate he meets and befriends, Kendrick King, who is serving a life sentence at Angola for murder.

Inspired by a passion play, The Life of Jesus Christ, he witnessed at the Louisiana State Penitentiary at Angola, Vengeance, by way of vivid storytelling, helps us to understand the failure of empathy and imagination that perpetuates the incarceration crisis in our country.

“The state of Louisiana is the world’s incarceration capital, and Zachary Lazar is a world-class novelist, who brings humility and sensitivity" to this book (Rachel Kushner).