Jokha Alharthi is the first Omani woman to have a novel translated into English, and Celestial Bodies is the first book translated from Arabic to win the Man Booker International Prize. She is the author of two previous collections of short fiction, a children’s book, and three novels in Arabic. Fluent in English, she completed a PhD in Classical Arabic Poetry in Edinburgh, and teaches at Sultan Qaboos University in Muscat. She has been shortlisted for the Sahikh Zayed Award for Young Writers and her short stories have been published in English, German, Italian, Korean, and Serbian.

Marilyn Booth holds the Khalid bin Abdullah Al Saud Chair for the Study of the Contemporary Arab World, Oriental Institute and Magdalen College, Oxford University. In addition to her academic publications, she has translated many works of fiction from the Arabic, most recently The Penguin’s Song and No Road to Paradise, both by Lebanese novelist Hassan Daoud. 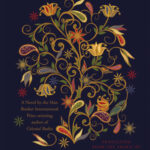 An extraordinary novel from a Man Booker International Prize-winning author that follows one young Omani woman as she builds a life for herself in Britain and reflects on the relationships that have made her from a “remarkable” writer who has “constructed her own novelistic form” (James Wood, The New Yorker).

From Man Booker International Prize–winning author Jokha Alharthi, Bitter Orange Tree is a profound exploration of social status, wealth, desire, and female agency. It presents a mosaic portrait of one young woman’s attempt to understand the roots she has grown from, and to envisage an adulthood in which her own power and happiness might find the freedom necessary to bear fruit and flourish.

Zuhour, an Omani student at a British university, is caught between the past and the present. As she attempts to form friendships and assimilate in Britain, she can’t help but ruminate on the relationships that have been central to her life. Most prominent is her strong emotional bond with Bint Amir, a woman she always thought of as her grandmother, who passed away just after Zuhour left the Arabian Peninsula.

As the historical narrative of Bint Amir’s challenged circumstances unfurls in captivating fragments, so too does Zuhour’s isolated and unfulfilled present, one narrative segueing into another as time slips and dreams mingle with memories. 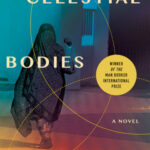 This winner of the 2019 Man Booker International Prize and national bestseller is “an innovative reimagining of the family saga . . . Celestial Bodies is itself a treasure house: an intricately calibrated chaos of familial orbits and conjunctions, of the gravitational pull of secrets" (The New York Times Book Review).

In the village of al-Awafi in Oman, we encounter three sisters: Mayya, who marries after a heartbreak; Asma, who marries from a sense of duty; and Khawla, who chooses to refuse all offers and await a reunion with the man she loves, who has emigrated to Canada.

These three women and their families, their losses and loves, unspool beautifully against a backdrop of a rapidly changing Oman, a country evolving from a traditional, slave-owning society into its complex present. Through the sisters, we glimpse a society in all its degrees, from the very poorest of the local slave families to those making money through the advent of new wealth.

The first novel originally written in Arabic to ever win the Man Booker International Prize, and the first book by a female Omani author to be translated into English, Celestial Bodies marks the arrival in the United States of a major international writer.